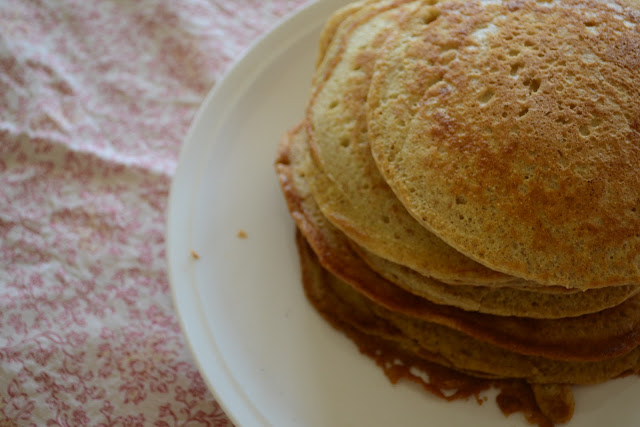 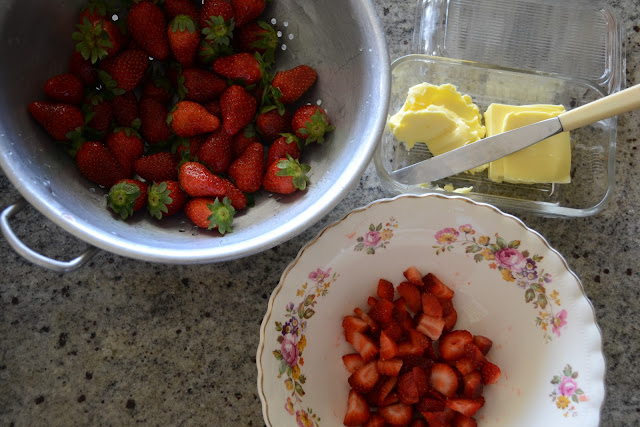 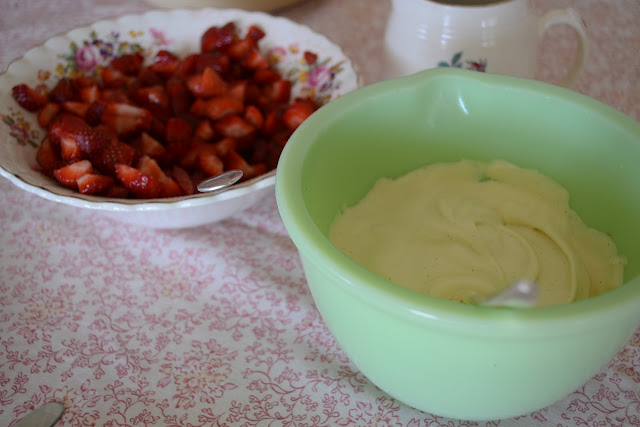 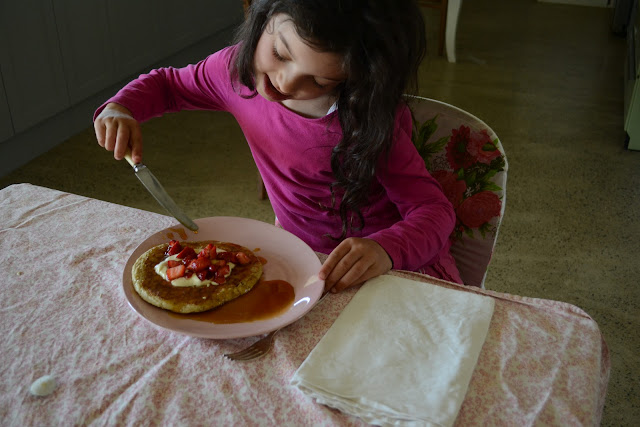 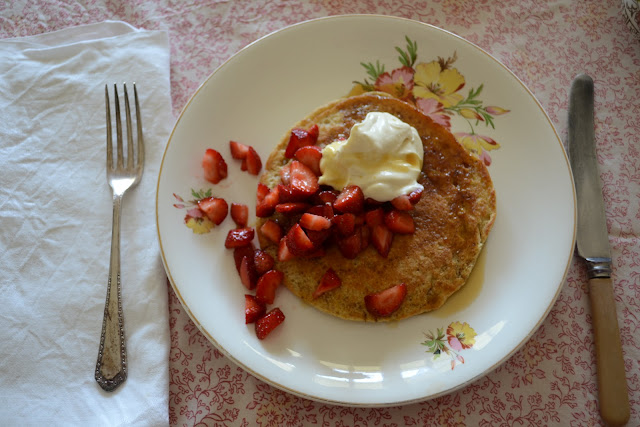 It is a rare event in this household that we don't have pancakes on a Sunday morning. My kids like to remind me of that fact bright and early every Sunday morning. It's not like it was a planned habit, but it has evolved into a little tradition of sorts over the past few years.

A fresh tablecloth makes an appearance. As does the colourful old mismatched china, the silverware and the linen napkins. The much needed coffee is put on the stove to be ready at just about the same time as the pancakes.

The mix itself might change from week to week. I've varied between Nigella's American pancakes, to Jamie's version featuring egg whites, to Sophie Dahl's ricotta version and our current favourite (shown above), a fluffy yoghurt version.  The one on the back of the buttermilk carton is also a goodie. I often like to mix up the flours. White, wholemeal or spelt, and often a combination.

But it's not all about the pancake itself, but what it has some to represent. It's like a little constant marker in our weekend life. Often followed by a day of pottering around and getting done what needs to get done (or some of it at least). Not overly rushing ourselves, as might be the case on other days of the week, but now taking our time about doing things. For there really is no point in rushing on a Sunday is there?

In the end it is the comfort of familiarity. The joy that is a shared meal. The pleasure that is preparing a meal to put a smile on the faces of loved ones. Knowing that everyone leaves the table nourished not only from food but from the act of all being together. It has a different feel to the nightly dinners that we all share. This is slower somehow, and usually without the stresses of the day brought to the table.

Perhaps you have your own version of pancake Sunday? Bacon and eggs? A weekend brunch? Maybe a Sunday roast? Whichever, they all really boil down to the same thing, don't they?


So here I sit on this rainy Monday morning, raising my (coffee) cup to pancake Sundays. Or the like.
Posted by Tania at 9:37 AM