I've had my (finally finished!) Tea Leaves cardigan sitting in my cupboard, nicely folded, and with a few wearings under it's belt for several weeks now. Goodness knows why it has taken so long to make an appearance on the blog. Perhaps it had something to do with the poor lighting for photos lately or just plain procrastination on my part.

Nevertheless, here it is, almost one year after that bundle of wool arrived at my gate. Apart from a scarf when I first started out knitting, this was the first project that I  had attempted for myself. There is quite a lot more to consider when knitting for oneself. Unlike knitting for children it is a little harder to get away with guessing of the sizing and fit. Kid's knits are much more forgiving in that way. True to usual form I did not do knit a gauge stitch. Although having knitted the Tea Leaves cardigan before, albeit in children's sizes (here and here), I was probably a little ahead of myself. Then there was the time it takes to knit a more substantial piece. Row after row after row. There was a certain comfort in the monotony of it for the most part, and once past the yoke, it seemed to come together quicker than expected. It is the largest project I have tackled to date. 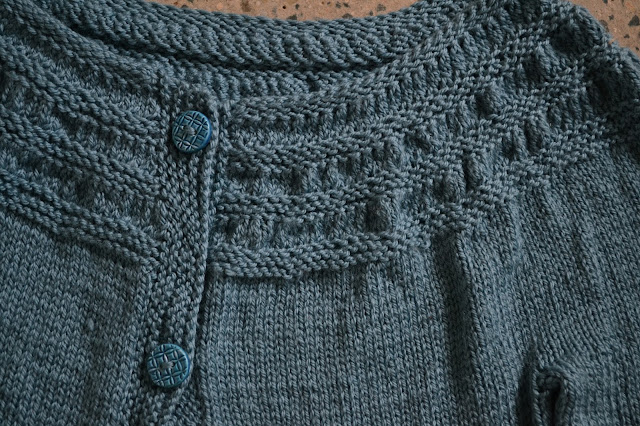 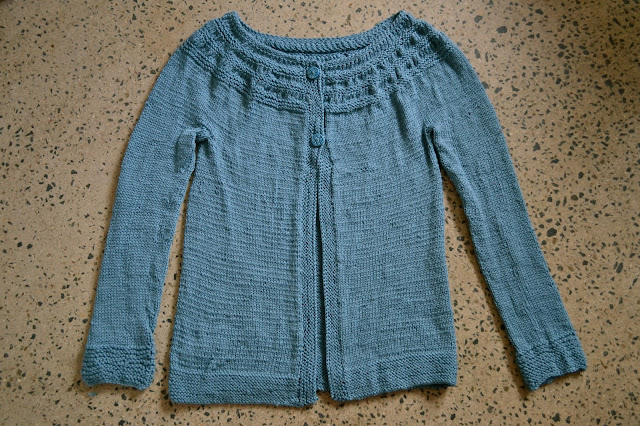 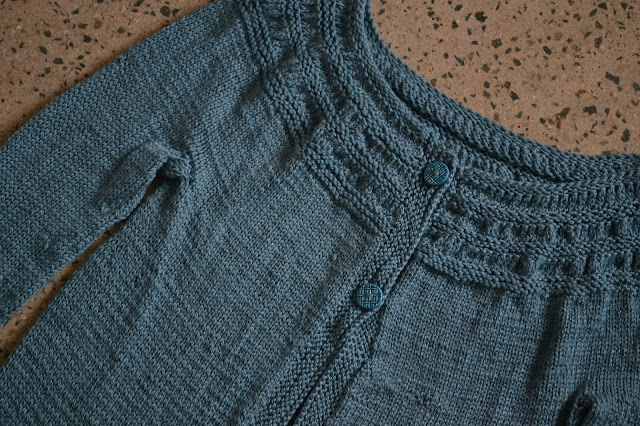 Bendigo's Luxury Yarn (in the Lake shade) was lovely and smooth to knit with, and I would happily use it again. Drapey and warm are two other qualities worth mentioning about the yarn. I managed to match a few ceramic buttons in almost the exact same shade.

I made the smallest size, but it feels a touch big, though I have been told it is fine. I am pretty sure this is not due to my actual size or the pattern, but my tendency to knit pieces rather loosely. Yes, after numerous projects that came out too big, I have finally realised it was my knitting style all along. So smaller needles for me from now on! 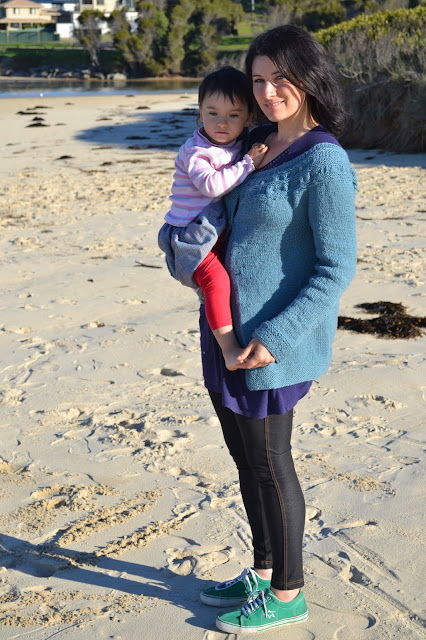 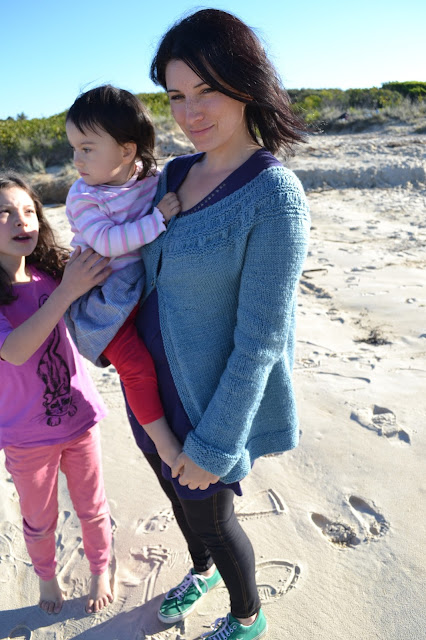 Some of you may have noticed that I was wearing my Tea Leaves in my recent holiday photos. In my haste to wear it, I didn't block it and my ordered buttons had not yet arrived. So I sewed on a set of plain buttons and that did quite nicely for a week or so. 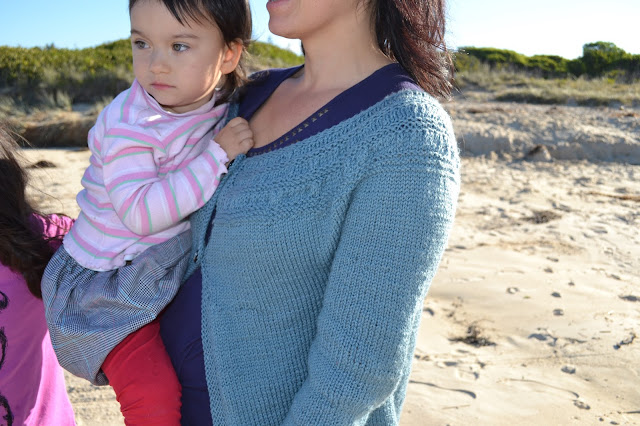 Despite it's little mistakes (of which there are a quite a few) and the patience involved, it is warm and comfortable. It reminds me of the possibilities of knitting. That a large project is not so scary afterall. I guess every project comes with it's lessons, and this one had no shortage of those. But the main thing is that I do love to wear it, and I don't think I could ask for more than that for my first adult sized knit.