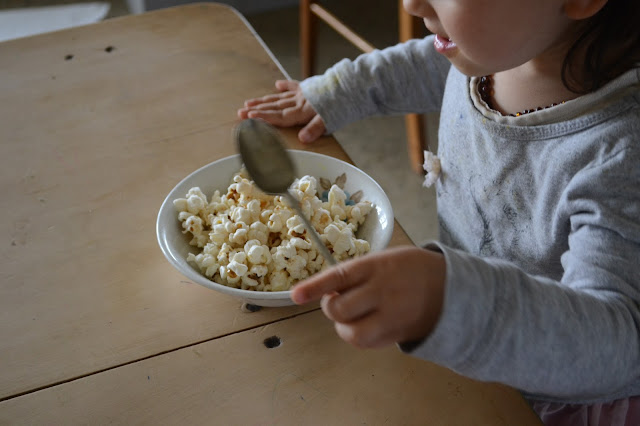 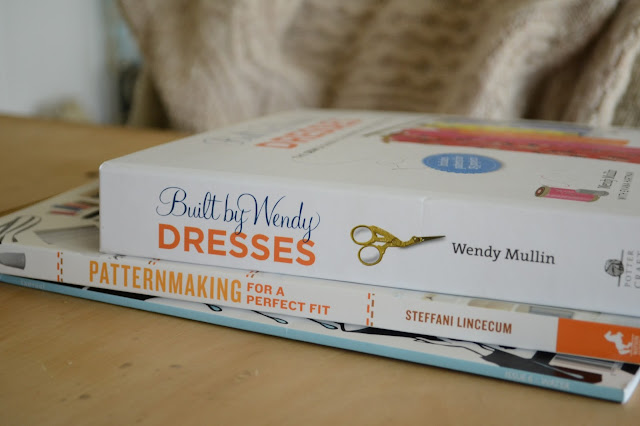 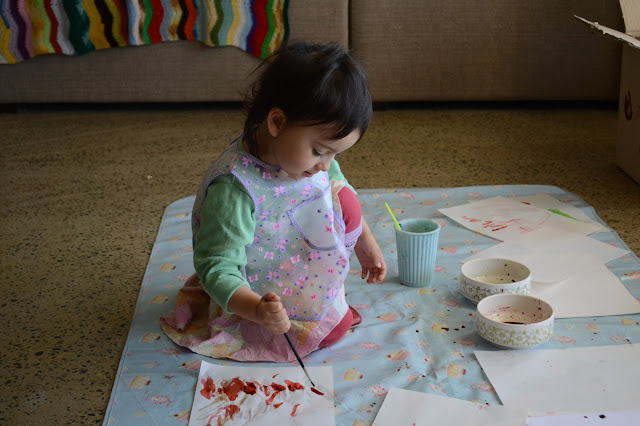 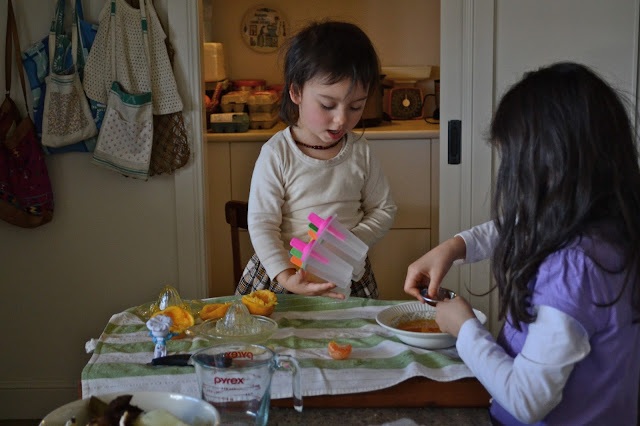 It's Friday! It's been a fairly busy one around here with a few extra errands to run, book week costumes to organize (always rather stressful and always only ready the night before), local playgroup and another sports carnival in Canberra today.

Here are a few little snaps from the week. I'm finding this dark, windy (and currently rainy) weather does not make it terribly conducive for photo taking indoors, which is where we mostly find ourselves these days. The girls have made orange juice ice blocks several times during the week, despite it not really being ice block friendly weather. There has been a little painting. I'm afraid I'm not very organized on the home crafting front and poor Violet had no paint. So I mixed a little food colouring for instant water colour "paint'. I don't think she minded!

A few books arrived in the mail today. A few on pattern making, which is something I've been curious about for some time. Sometimes you have an idea in your head or you remember a favourite dress from your past. It would be great to know how to recreate it wouldn't it?

I renewed my Taproot subscription some time back and the first new issue arrived today. I missed this little magazine appearing every few months in my mail box. The best way of putting it, is that I actually feel good after I read it. I have noticed a restless, unsatisfied feeling creeping in after reading a particular local, beautifully photographed, mainstream magazine. The ads are plentiful, as are many of the pockets of the city-part-time-country people in between the pages. I've been enjoying some simpler publications lately, especially Grass Roots magazine, which I find to be refreshing in an honest old fashioned hippie kind of  way. It doesn't try to be something it is not.

From Cleo to Grass Roots in the space of a decade. How things have changed!


So how has your week been?
Are you a magazine reader too?
What magazines are you into lately?