So I went online and began researching different kettles. I read pages of reviews. Most seemed to point to the same conclusion. That you could buy a cheap plastic kettle, or a more attractive, rather expensive one, but basically they both had the same reliability.

In my searches I stumbled across Simplex kettles, still manufactured in the UK. Of course I had to investigate further. It turned out to be the one kettle I found with constantly glowing reviews. 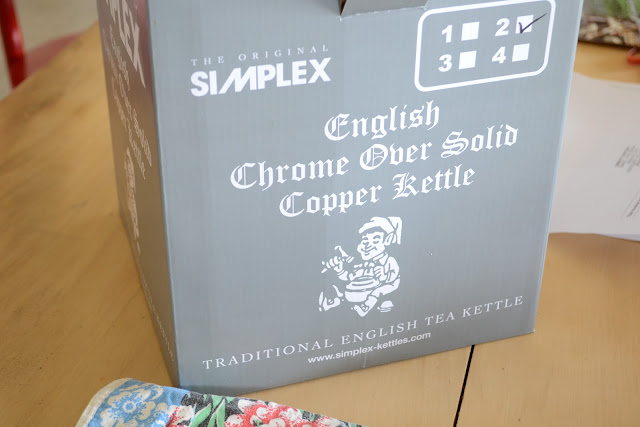 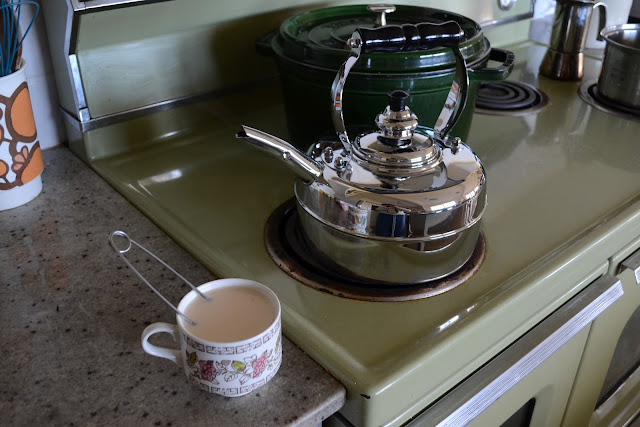 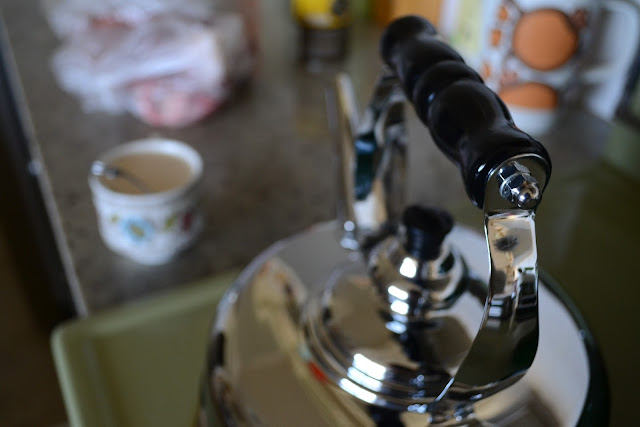 Of course the very big difference is that she sits on the stovetop and is not electric. And she whistles. Just like the ones you might remember when you were a kid. Maybe you still have one. But it is quite a new thing around here, and is still quite a novelty. She does take a little longer to boil, but I don't mind that. I like to think it's another way of slowing down in this faster paced world.

I ordered the chrome, as opposed to the higher maintenance copper. A quick wipe down and she is shiny as new.

She did cost a pretty penny, but I have a feeling she will outlast her disposable counterparts. Likely several times over. 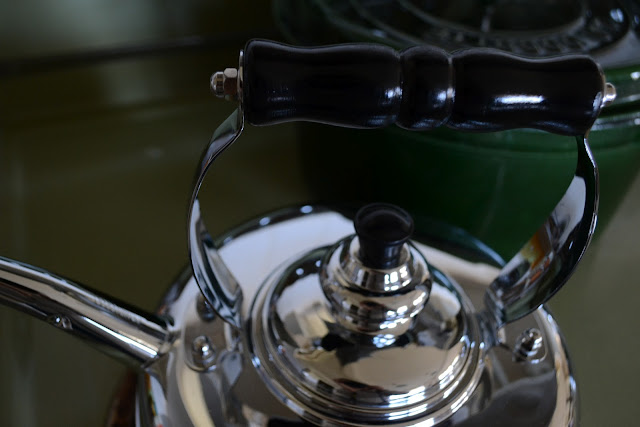 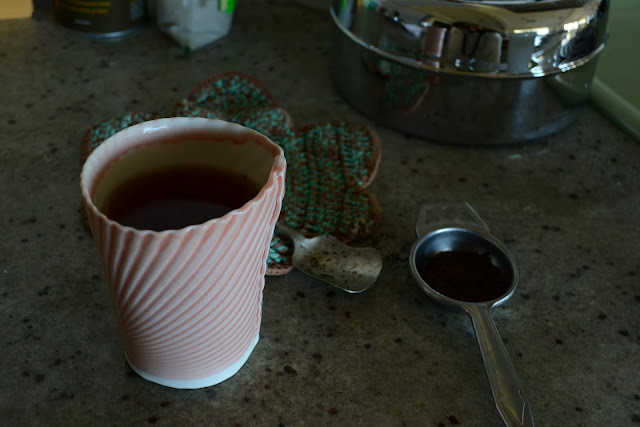 By the way, this is not a sponsored post, I just really like my kettle. Do you remember the old whistling kettles? Do you have one? Do you have luck with kettles?