I think one of the biggest changes we've made here, as regards to how we eat, was the introduction of fermented food and drink into our diet.  I was always put off by the whole lacto-fermented and cultured thing. It always seemed so time consuming and just a little bit scary.

But really, it's not. A batch of sauerkraut is really as simple as rubbing cabbage and salt together for ten minutes and packing it into a jar. (I used these instructions) Just a few spoonfuls a day can greatly improve digestive health, and we try to have some daily in our attempt to adopt a more traditional diet. I have been making a batch about every three weeks or so from locally grown cabbage. We eat it in varying degrees of sourness, though I must say that I am the only sour flavour fan in the house. So if you don't like the taste it is easy to stir into a vegie mash or something similar to subdue the flavour. It is actually quite nice with a bacon and egg weekend breakfast. 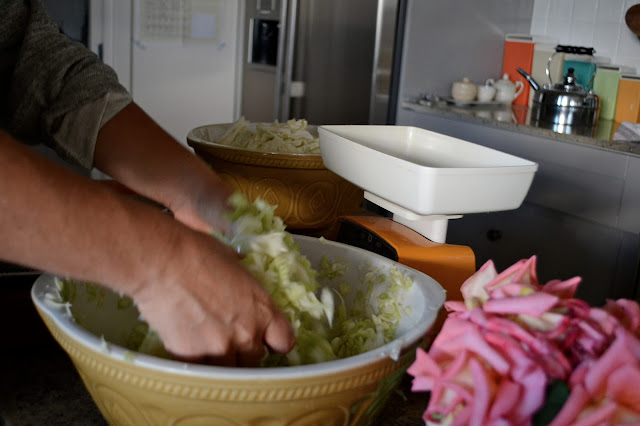 Those of us that have spent most of our lives on the standard white flour and sugar fare, often topped off with margarine or vegetable oil, as most processed food is, or the occasional dose of antibiotics, will have some digestive issues. Often it is hidden, but may manifest itself in seemingly unrelated ways and is often subtle. I believe this to be true of myself, my family and I suspect in most people I know. Fermented foods are one of the best ways to re-introduce healthy bacteria and improve our gut flora.

Yoghurt, I had already been making for some time using the slow cooker method.  But I allow it to ferment for a full 24 hours now so as to ensure that most of the lactose has been consumed by the culture, making it easier to digest. It seems to make it a lot thicker too.

Speaking of dairy, we've also begun to drink fermented kefir daily (I bought my kefir grains from here). I make a new batch every morning in a few large glass jars. I use organic unhomogenised milk or A2 milk which I simply pour over the strained grains from the previous batch. Raw milk is impossible to find here and I have heard that kefir is the next best thing. It is like putting the life back into the milk that pasteurisation takes out. If you like the sour taste of yoghurt, as I do, then you will have no problem with this. I really enjoy it as a snack. For others (like Daniel) it can be an acquired taste. I also know someone that adds a touch of honey. Unfortunately I've had no luck getting the kids to drink it. 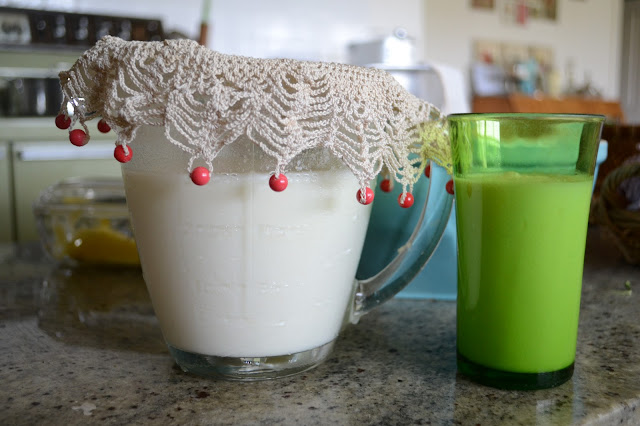 But the kids do enjoy drinking the kombucha tea I've been making. I had no luck with most of the first few batches of kombucha (it kept going mouldy), and almost gave up. So I took the plunge and bought a big kombucha jar designed for the continuous method of kombucha making. I also put calico over the tea now instead of cheesecloth. I have had no problems whatsoever with this new system and we are actually making more kombucha than we can use at this stage. I originally bought my kombucha "mushroom" from here and I also added a small bottle of commercial kombucha (from the local health food store) to the water, black tea and sugar mixture. Don't be scared of the sugar content as the sugar will be consumed by the fungus. If this all sounds very strange, it really does make a pleasant sour fizzy drink, becoming more sour over time. So before it gets too sour I draw off several litres worth into empty glass bottles and store it in the fridge. I then add a fresh batch of tea to the jar and know that it will be ready within a week. 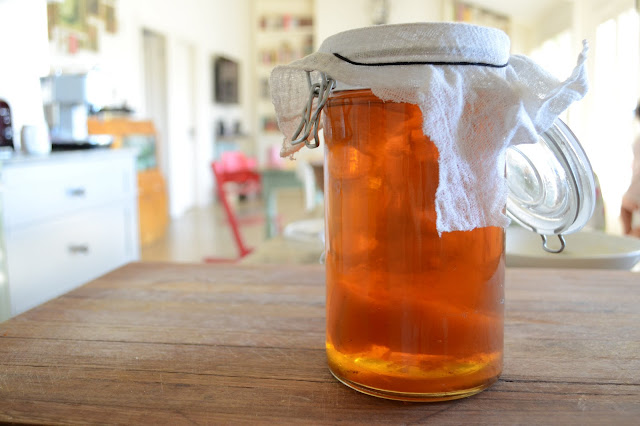 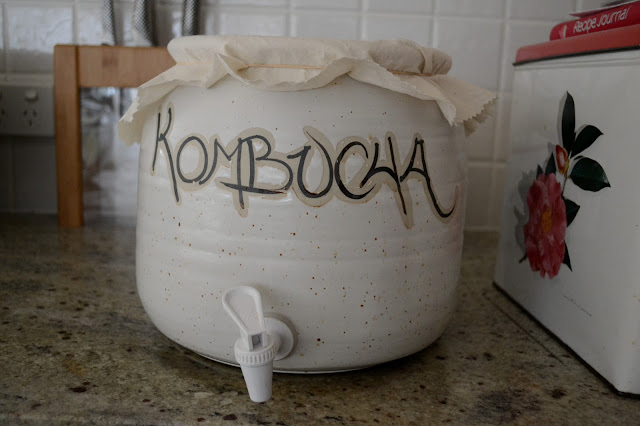 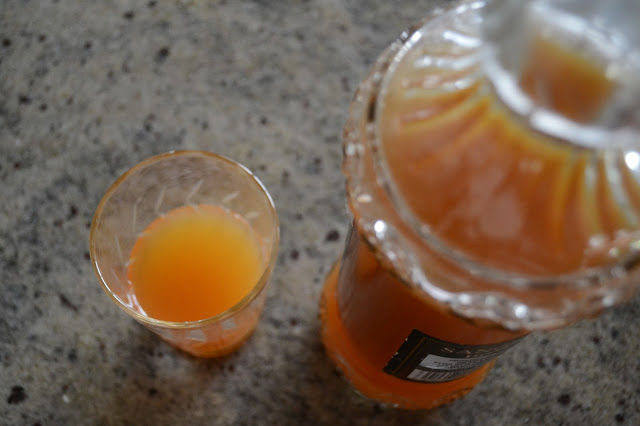 So that is our version of the whole fermented business. It has been interesting, tasty and I could even say the process has been a bit of a fun adventure. My kitchen benches have never been so cluttered, but I don't think the bench space could be put to a better purpose than the nourishing of the family within these walls.

Repairing the Gut
The Definitive Guide to Fermented Foods