Apologies for my long absence here. You, see we've been pretty busy around these parts. We bought ourselves a cow. Yes, a Jersey milking cow!

So I think the whole raw milk thing, and searching out this elusive product, led me to the thought of getting our own family cow. So I read up on it. I watched videos. Lot's of books. Lot's of You Tube and lots of Keeping a Family Cow forum (now that is one helpful sight).

In this house we tend to go through our dairy products like you wouldn't believe. Think of two litres plus a day, plus cream, plus cheese. Not to mention the homemade yoghurt, ice-cream and kefir.

So I got this crazy idea in my head, and in typical Tania fashion, buying our own cow became a bit of an obsession! I searched classifieds for weeks, and we decided to use an empty stable just five minutes down the road (owned by family) which is attached to a six acre or so paddock. The grass has been eaten down by kangaroos and it is not the best grass. We certainly don't live in a typical dairy area. Lush green grass is hard to find. But we had factored in the costs of bringing in feed. 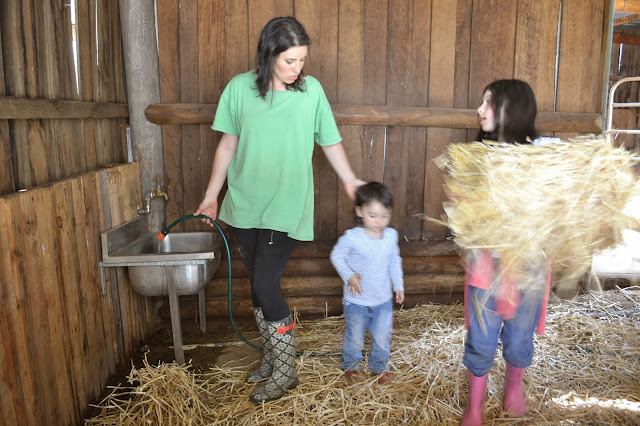 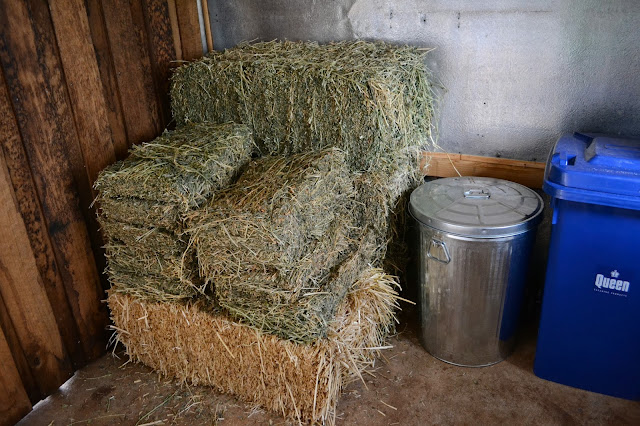 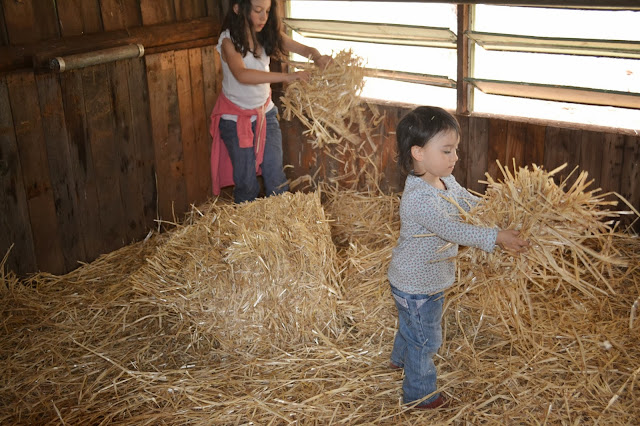 It wasn't too long before I found a 2 year old Jersey with a 4 week old steer calf only a few hours from here. The owner was willing to deliver as part of the price (as he was also delivering another heifer that day on the way here). So we had our deadline of fences to fix, an electric fence to connect and a four room stable to clean out. I am so very grateful to my hard working, supportive husband who put his every spare minute into getting it all done. I did try to help when I could, but he did the brunt of the work.


Bessie arrived on Saturday with her little calf. She was rather nervous and it took a few days for her to warm to us. She was huge to me, and as someone who has not really been around cattle before, her sheer size has taken some getting used to. Since she wasn't milked daily she had been fine with just the calf to milk her. Which was just as well because it took the good part of a week to build the milking bails in the stable. I had spent several days morning and evening training her to follow the bucket to what would be the milking room in the stable. Now she is waiting for me at the gate.  I've been giving her a good brush daily so I think she is warming to me. 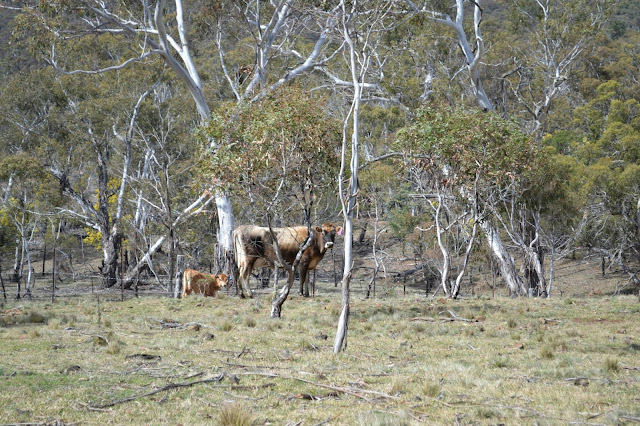 We had decided on once a day milking, which means leaving the calf with mum during the day and then separating the two at night. Then milking in the morning. A little more do-able with a busy family life than twice day milking. I was a little nervous about this whole separating procedure, as the calf is very shy, and cows can be protective. But I need not have worried, as Daniel has proved to be quite the expert calf herder.

Once the milk bails were in we started the milking. First time was as bad I had expected it to be. Bessie was not in a good mood after being separated from her calf. She didn't want to go in the bails until her appetite got the better of her. She fought a little at the beginning and end to get her head out, and tried to kick several times, fortunately we had a leg tie on her, but I do think some of the kicking was actually because of the leg rope.

We'd never milked before, but with plenty of you tube videos under our belt it did not take too long to pick up. Oh, but the sore hands! And short teats. Not to mention how daunting it is sitting under a large animal. 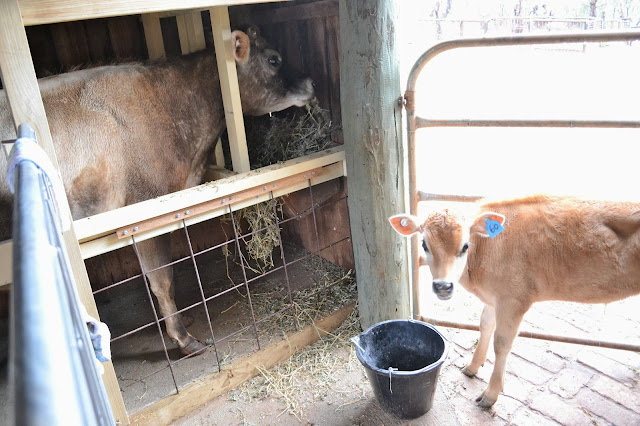 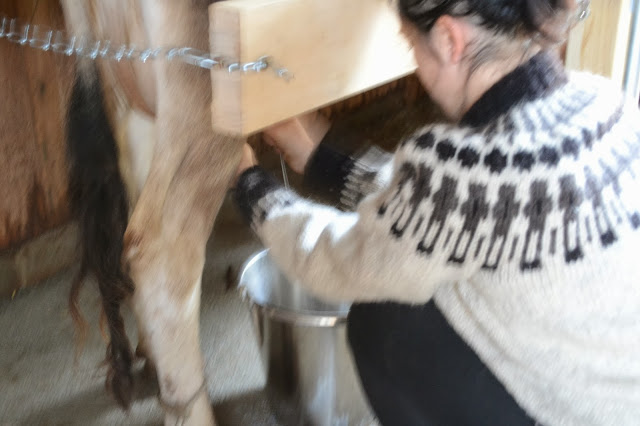 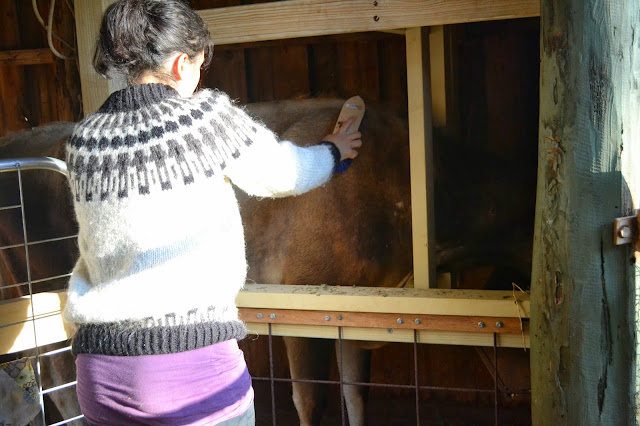 We alternated milking those first few days,with one taking over when the other got too sore. I was so scared of being kicked at first, that I sat as far back as possible. Apparently that is actually more dangerous! So I get right in now, despite my natural apprehension. We've been consistently getting about 3 litres each milking, ending either because Bessie has finished her food and wants to get out, or because our hands are too sore. Usually both. It's been 4 days now, and each day has been easier. It is just a matter of learning the new routine, getting Bessie into that routine and building up those hand muscles. Thankfully the kicking has stopped. But I do suspect that Bessie is withholding a lot of that cream for the calf. 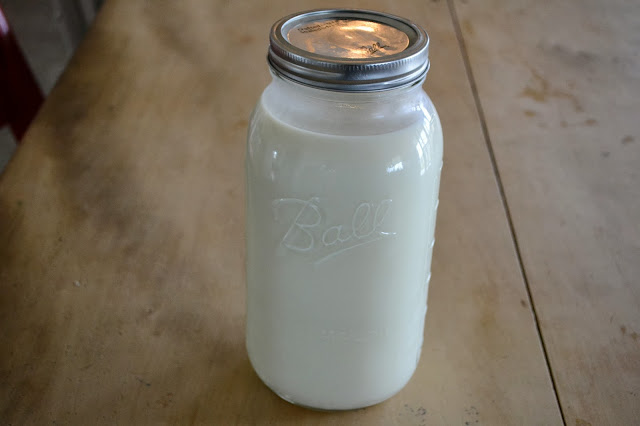 So it has been a bit of a wild ride, but it is something I am glad that we have done. There is an enormous sense of satisfaction in straining out that raw milk ever morning. I never knew a cow could make your life feel more complete, but it really does. They are not only gentle, beautiful animals, but they are also very useful in a practical sense. Years ago I would never have thought in a million years that I would be milking a cow every morning. But here we are.

Life is short. Get a cow.
(Just a little quote I stumbled upon)