Today I thought I would share a little habit of sorts that I have been cooking up every week for the past month. Once a week when I bring my groceries home, I clear out and set aside any vegetables that are left from the previous week in the fridge. I really hate wasting good food, particularly of the organic type, and I find it is all too easy for vegies to become forgotten, only to emerge several weeks later, growing mould and totally inedible. Not nice. But my new system seems to have put a stop to this.

I make a big, all in one pot of soup from the leftover, not-as-fresh-as-it-could be vegetables. Last week I used my big cast iron pot, but I usually do this in the slow cooker. With the slow cooker I merely throw everything in water, without frying first. 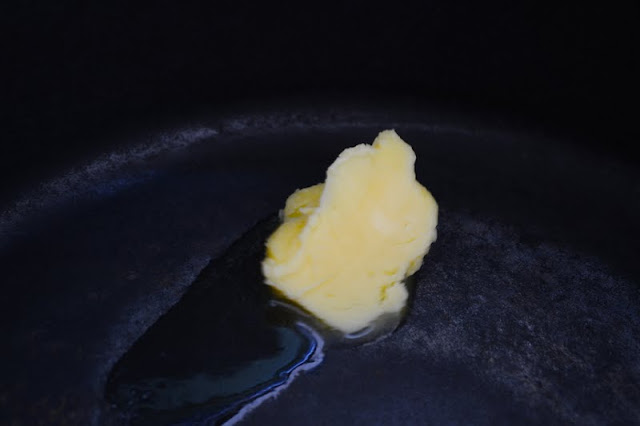 But this day I fried the onion and any subsequent vegetable thrown in for a few minutes in some butter. I do like the taste of a little butter in soup. 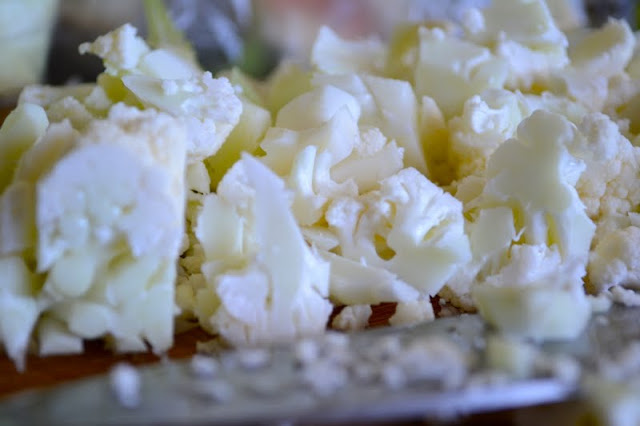 Chopping up the vegies that were leftover. Today this was cauliflower... 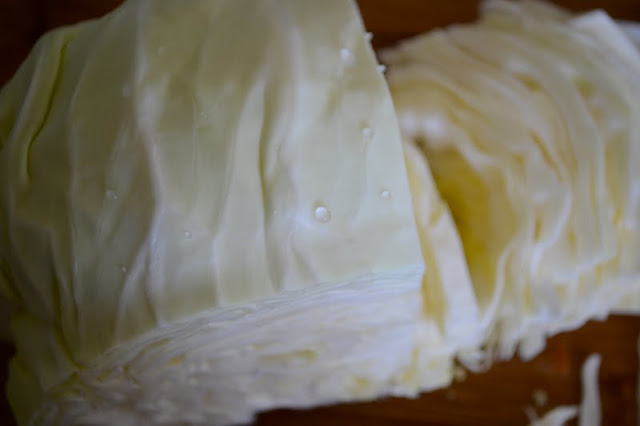 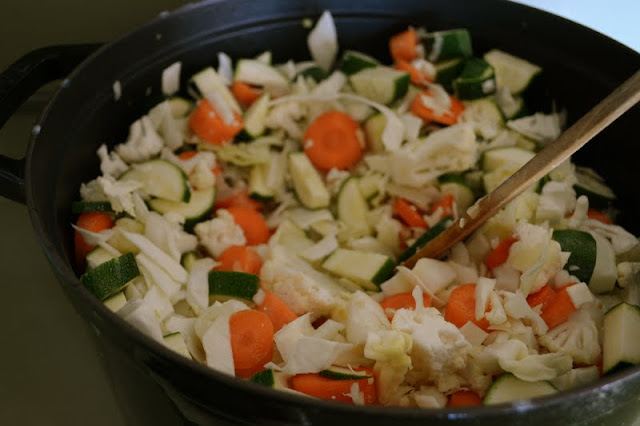 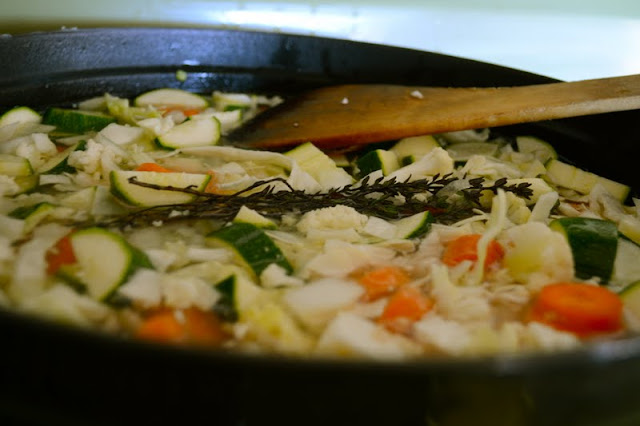 I then filled the pot with water, seasoned with salt and pepper and added some sprigs of thyme from the garden. You can also add handfuls of dried lentils, split peas or barley to bulk up the soup if needed. You can add combinations of herbs and spices if you like.

I allowed it to cook all afternoon. When I cook this in the slow cooker, I leave it cooking about 24 hours on it's low setting.

Often I serve the soup as it is, but this time I pureed the soup with a stick blender and stirred in a small carton of cream. Stirring through until heated, and then adjusting seasonings. 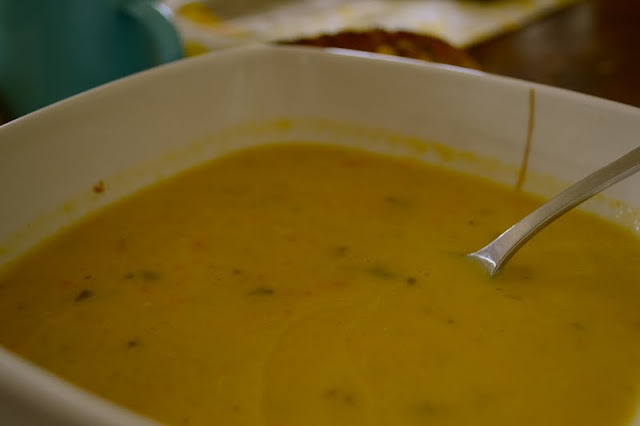