the girl with too many hats 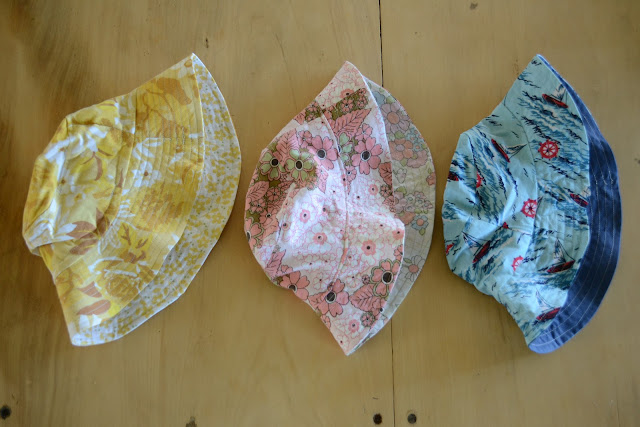 Time has flown by this past Summer, and this was a project made in the midst of Summer, that I almost forgot to post about. It just took me quite some time to take the five minutes involved in taking some photos.  Some projects are just plain fun to make, others are made out of necessity. This was definitely a case of the latter. It is not a good thing to be hatless in the harsh sun that we get here. And I do like those necessity projects that take any guilt out of spending the day sewing.

This was taken from the book Little Things to Sew, and is an Oliver + S book. It is the reversible bucket hat in the largest (6-8) size. 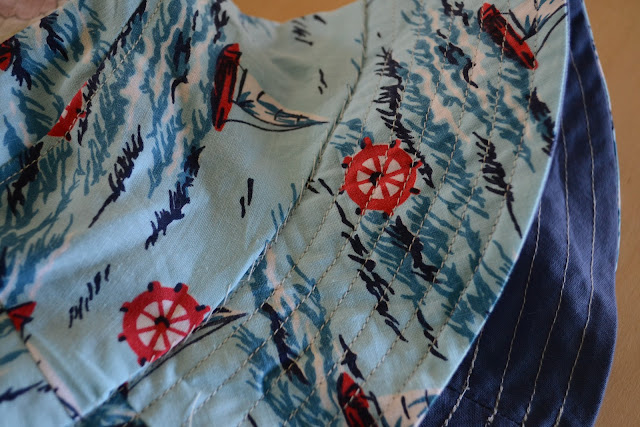 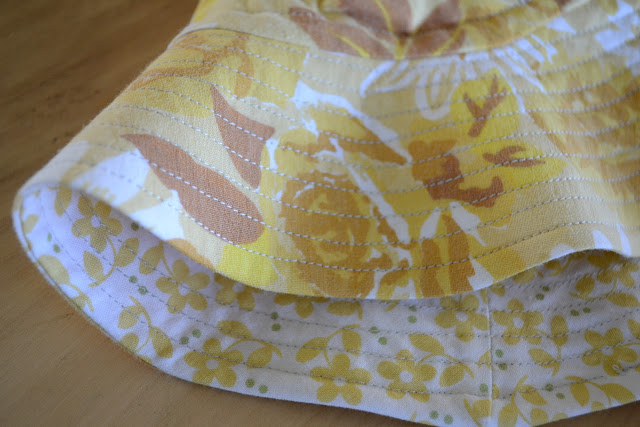 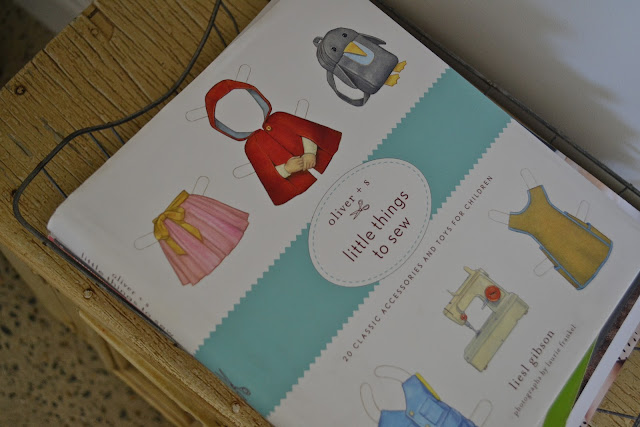 I used vintage sheeting and other scraps of vintage and new cotton that I had on hand. I think the mixing and matching of different patterns is my favourite part in the process.

In the end they took about three days of intermittent sewing, production line style. The instructions were very clear, but in all honesty I had a few difficulties in attaching the two different layers of hat together. Despite that, and a few wonky seams as a result, they did sew up quite nicely.

The blue sail boat was intended to be the lining for a blue hat for Luca. But it was a little too small, and actually looked quite ridiculous, so Julia was only too happy to claim it. 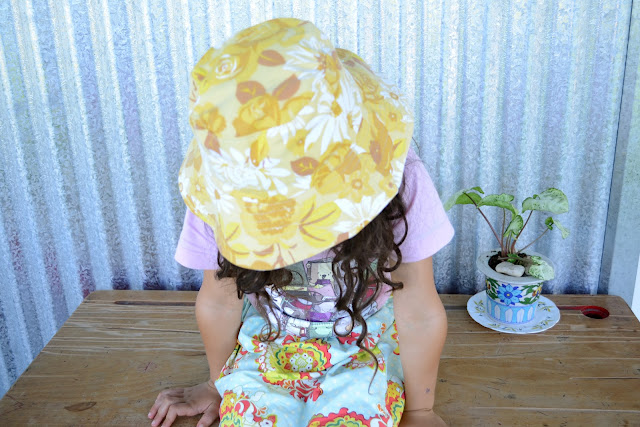 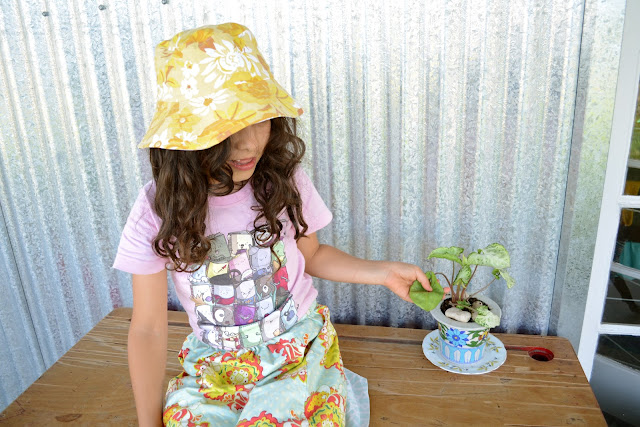 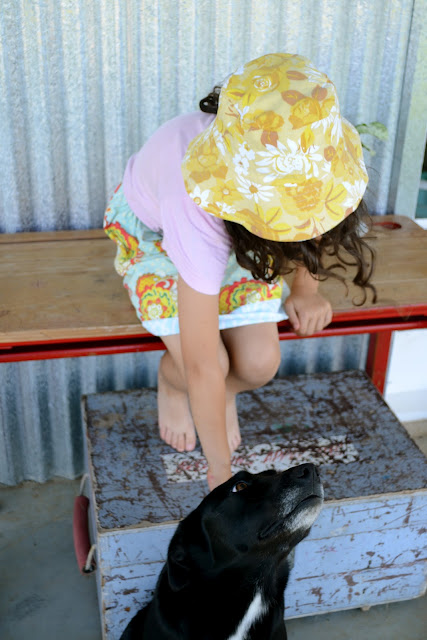 It can be quite satisfying to sew out of necessity, don't you think?
Posted by Tania at 8:22 AM