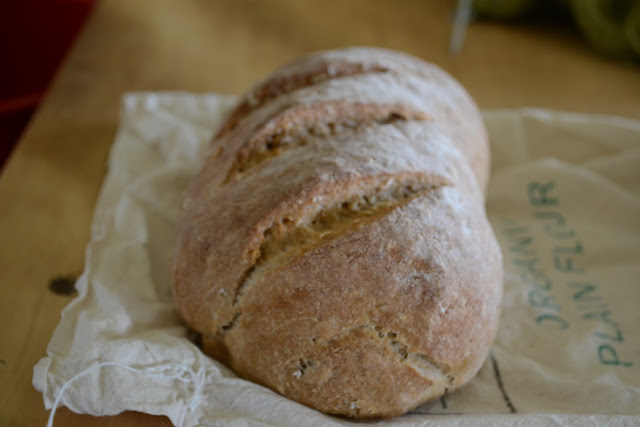 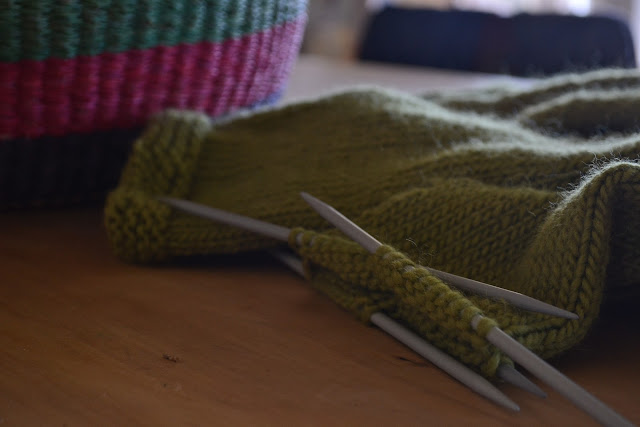 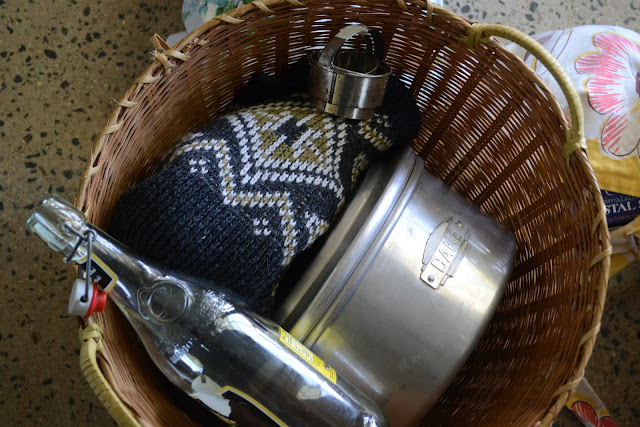 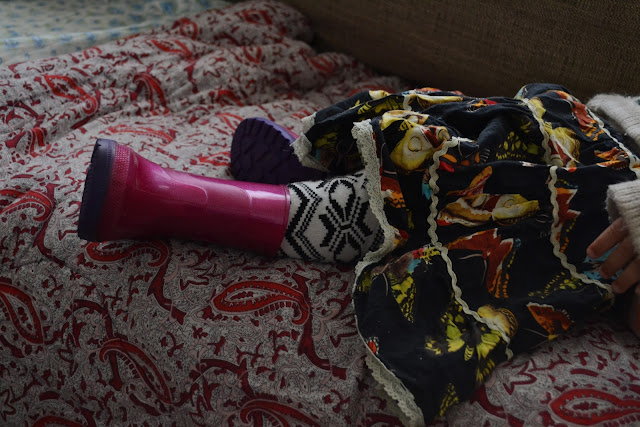 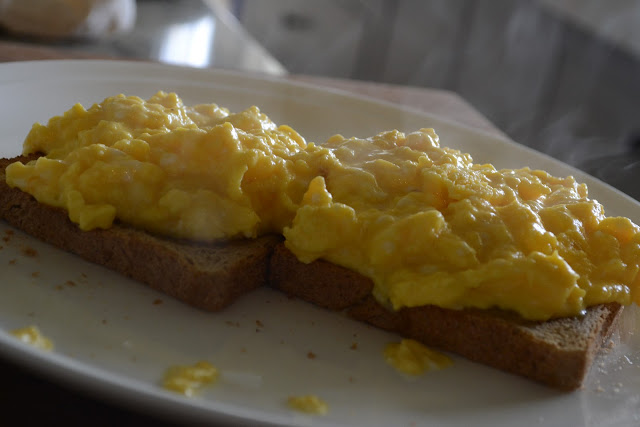 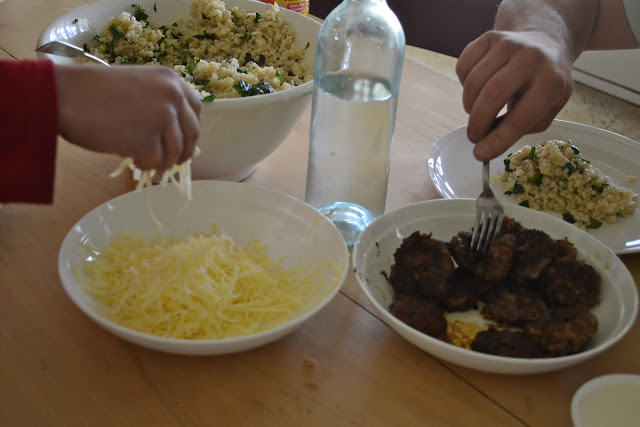 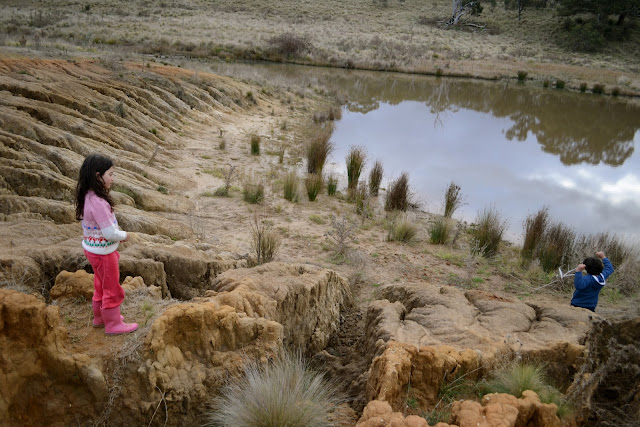 When I downloaded my camera after the long weekend, there wasn't a lot there, and they were certainly a mixed bag.

I baked bread from the River Cottage bread handbook. Slowly working my way through that one. This one was a monastery loaf, which sounds incredibly wholesome, and I suppose it was with it's 100% wholemeal and added oats. Not terribly popular with the kids though. But I quite liked it very thinly sliced and buttered.

I knitted at night time and even managed to complete a long overdue project. But more on that later. It's sitting, damp and blocked on a towel right now, waiting for some buttons. Decisions, decisions...

On Friday I came home from the op shop with a basket, cake tin, scone cutters, Norwegian jumper and a bottle from the op shop. Because you can never have too many baskets can you? I'm quite happy with that large cake tin, which has a perfectly functional lid (some tend to get stuck) and a good interior.

On Monday we ate scrambled eggs for breakfast. I made Mexican style patties for lunch with rice salad on the side and a little sour cream and grated cheese. Not a bad alternative to the packet style Mexican food I used to buy.

We skimmed rocks at the river. Daniel, a champion skimmer, laughed at my attempts at said "just don't hit the car", which somehow must have caused me to do just that. Luckily no damage.

We discovered a dam and the kids didn't want to leave.


But back to reality today. Back to school and back to work.