While looking up my Ravelry notes for Violet's Analu, I realized that I had started this project way back in January. (Isn't this year just flying by?) I'd even made a few things in between. I can't really recall the delay, only guessing that with my printer being out of order I had had to hand write the instructions as I reached each stage. But not to worry, we got there in the end, and Violet has a snuggly little short sleeved cardi for Autumn. 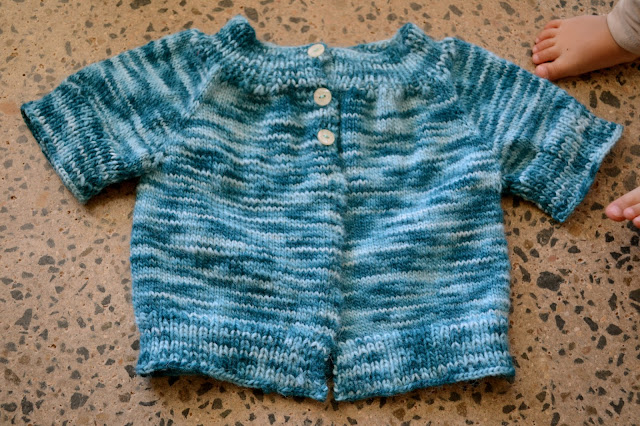 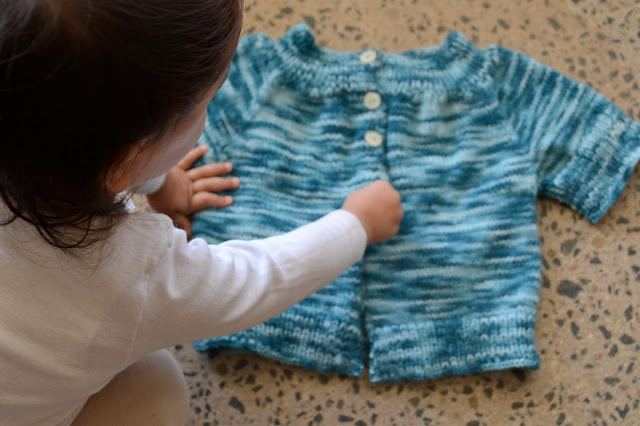 Our Analu only has three buttons. I would like to say it was a conscious choice to not button up the whole way, but I actually forgot to add the buttonholes after the third one. So instead of unravelling, I just went with it. The bottom ribbing is also a little shorter because I had completely used up my two balls of wool. But really, I was just happy that it did stretch as far as it did. Such is often the story when you are using stashed yarn, and I've had this colour sitting there for quite some time. 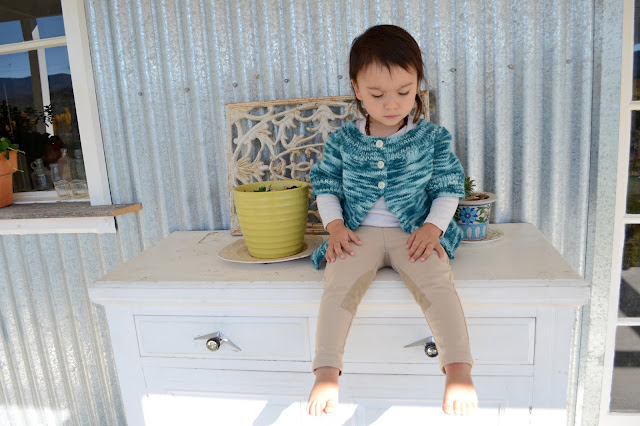 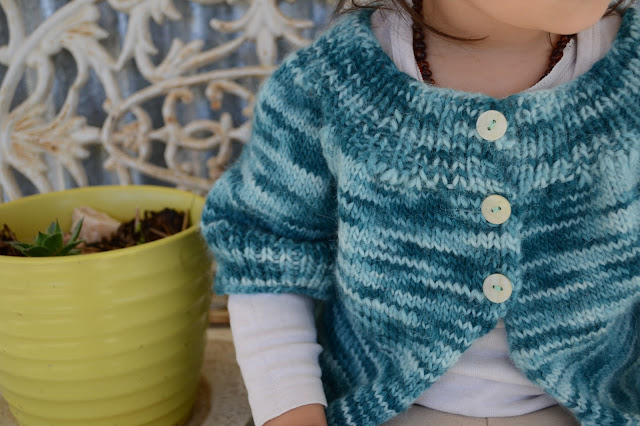 I rather liked this pattern, and I'm thinking a bigger version for Julia might be on the cards. Some of you might like to know that it also comes in an adult size. Size wise it knitted up a little big, but I think this was because of my looser knitting style and not due to the pattern. I used circular needles for mine and apart from the many stitches on hold, and quite a few increases, it was a pretty easy project. Just the thing for curling up on the lounge at night once the kids were in bed, watching Downton Abbey or Parenthood, to name a few, which was pretty much the only time that I had to knit. My favourite way to multi-task. 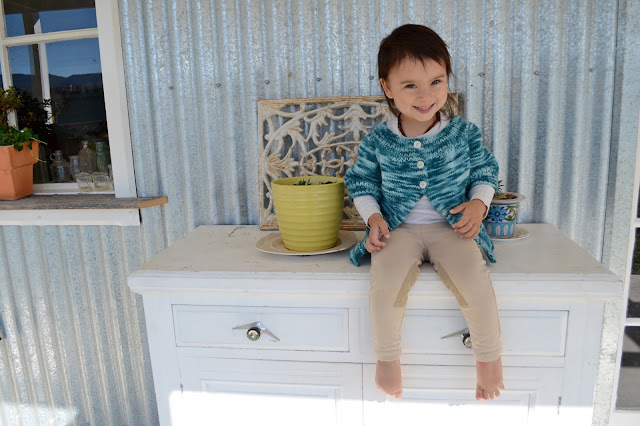 Have you been knitting lately?
Any interesting patterns that you've discovered?
(I always love to hear your recommendations)