As we've just wrapped up Autumn and are welcoming the Winter in (and what a blustery wet one it is so far!) it's been mainly about wintery green salads and hearty soups around here. With lots of homemade bread to fill up on. 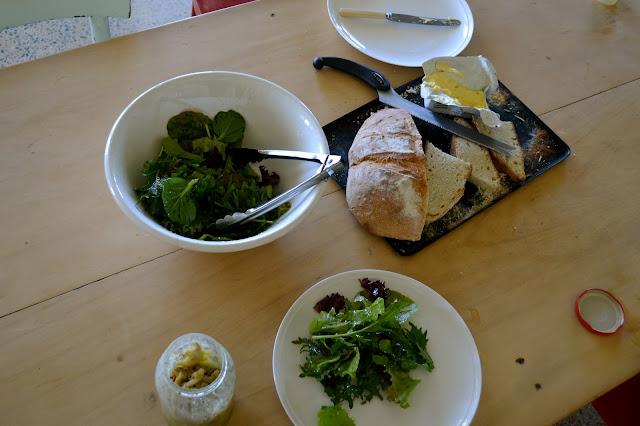 Rocket, kale, tatsoi and other mixed leaves are growing pretty well in the garden right now. 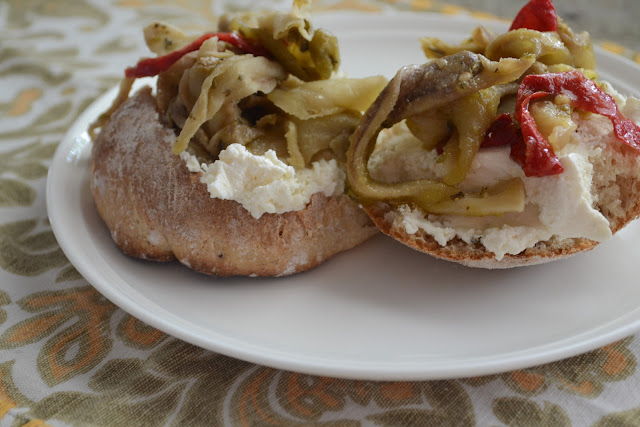 Rolls spread with ricotta and topped with some homemade Italian style preserves. Not made by me, but given to Daniel by a customer. I must learn how to make these. 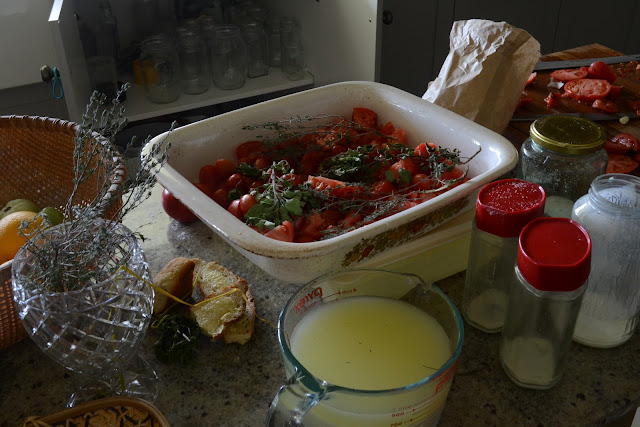 This was the last glut of Autumn tomatoes that were ripened indoors. Roasted with herbs, they made a delicious pasta sauce.  That yellow liquid is whey, which I was using for bread dough. 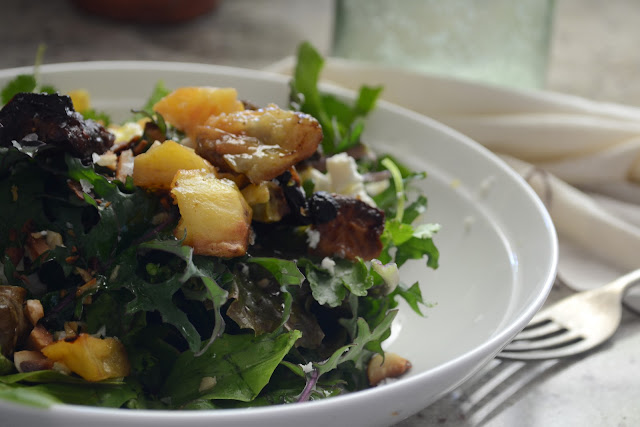 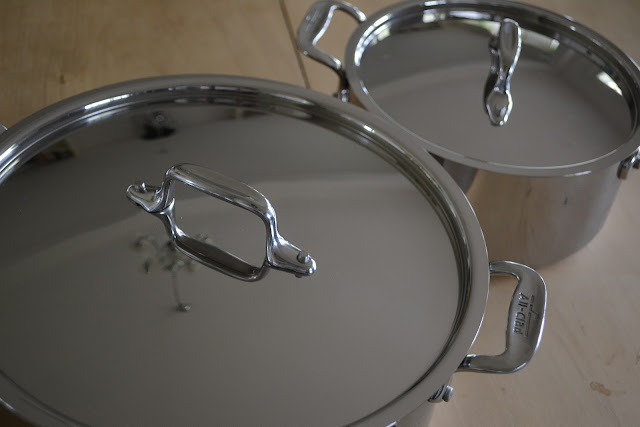 Would you believe I've survived the past few weeks with no pasta pot? (I'd been using my Staub which was really made for better things than boiling water). After years of saucepans that didn't seem to last the distance, I am really hoping that the extra spent on these two American made saucepans was worth it. So far I am very impressed. 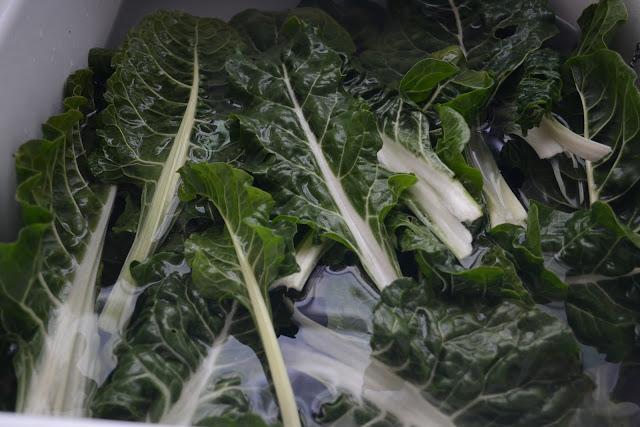 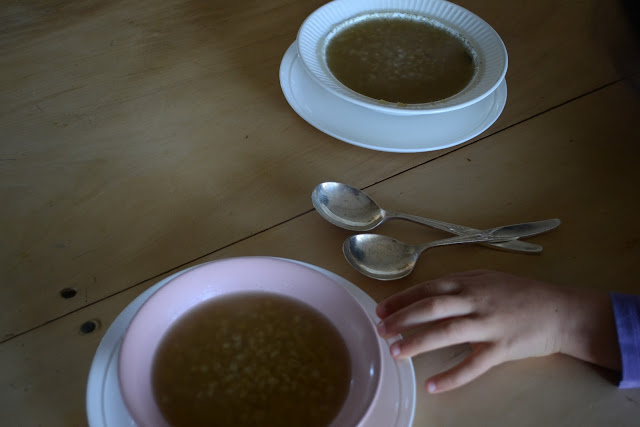 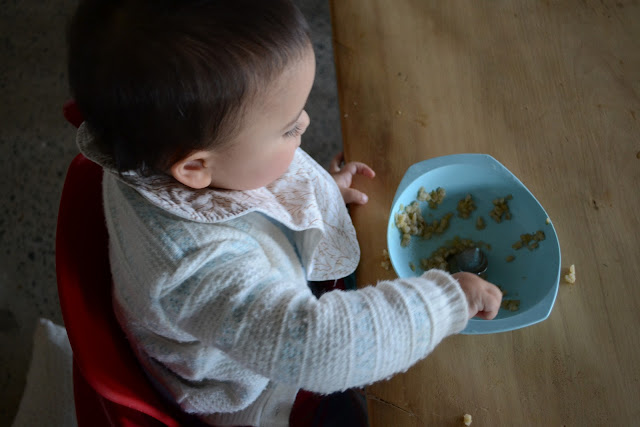 Making easy vegetable stock out of scraps and then adding pearl barley or lentils has made a well received after school snack. Easier than baking. 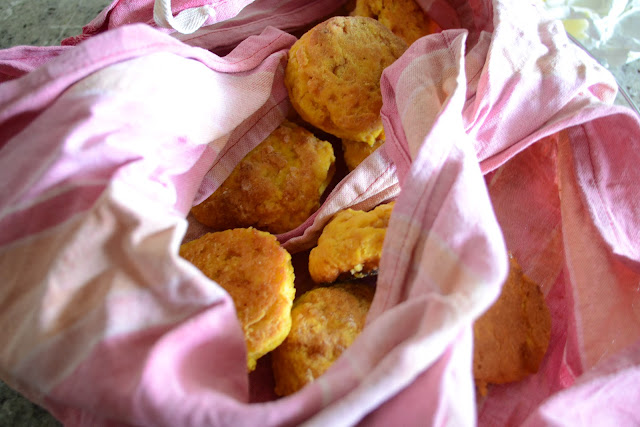 Pumpkin scones from my Country Show cookbook. A great way of using up the pumpkin I was given by a neighbour. 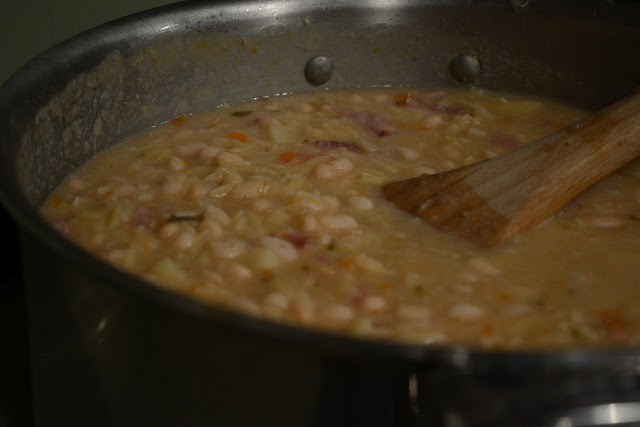 Now that I've got my head around the whole soaking beans overnight thing, soups are coming together far more easily these days. This one had an added ham hock and simmered gently all day. At the very end I added a few handfuls of risoni. Just the thing for a cold winters night.

What have you been cooking up/eating in your kitchen?

Email ThisBlogThis!Share to TwitterShare to FacebookShare to Pinterest
Labels: food