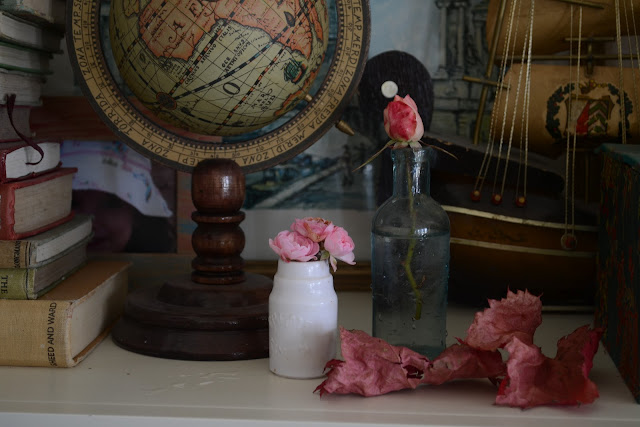 
I've been away for a little bit. We got back at midnight on Saturday after spending time with family in the Southern Highlands and Kiama, and of course, Pop's funeral in Sydney.

I wanted to say a warm thank you to all those that left condolences last week. Each and every one was so very much appreciated.

We stayed in Pop's house. As neat, tidy and functional as it always was. Just as if he stepped out for a minute.

We survived the trip into Sydney, and I've decided I don't like tunnels, and where did all that non-peak hour traffic come from anyhow? I never remembered such traffic. My palms were sweating by the time we pulled into the quiet and peaceful suburb of La Perouse, and I wasn't even the one driving.

Things went as well as they could have though. My uncle talked about Pop's life. About him meeting my grandmother while she was backpacking around Europe and following her halfway across the world. About being rejected as a "ten pound pom" because his blood pressure was too high. About how his proudest career moment as a town planner was helping save the historic buildings of Windsor from the developers.

At the last minute I was asked to recite a poem that was left with Pop's paperwork. Public speaking does not come easily to me, but I managed it, and felt that I had contributed in a small way.

We found my grandmothers plaque and the reserved space beside hers. They will be together again after half a lifetime apart.

During the next few days we visited family. We visited our old areas that were becoming run down, but still comfortingly familiar. Our old life and our current life felt like worlds apart.


And life goes on.

Despite deeper thoughts about life.

Despite endings.
Posted by Tania at 9:42 AM