I've had a few readers ask recently what I pack in the kid's school lunchboxes.

I will warn you now that I've never been one of those mothers that baked chicken wings or made little quiches just for the purpose of school lunches. Though my kids probably wished I did.

We don't have fancy lunchboxes here. I think I bought them when both started preschool, and we've been using them ever since.

I used to buy packets of things for their lunchboxes. Muesli bars, popcorn packets or little sesame bars. I have to say that they were incredibly convenient. Just throw them in and all you have to make is a sandwich. But when I examined the ingredient list, and mind you they are far better than some options, a few of those ingredients didn't quite sit right with me. Not exactly great on the budget either. So I stopped buying them.

Which was a little scary at first. How do you do lunch boxes from scratch? With nothing to fall back on?

Most of the time I bake our own bread here, so butter and a simple filling are usually for lunch. Recess, the realm of the packet food, is a little trickier. When I do make muffins or biscuits, I try to do a double batch to save time later in the week when I might be busier. And then there's fruit break. Now that's an easy one. Trickier, sometimes, to get them to actually eat it.

3 days of lunchboxes from the past week: 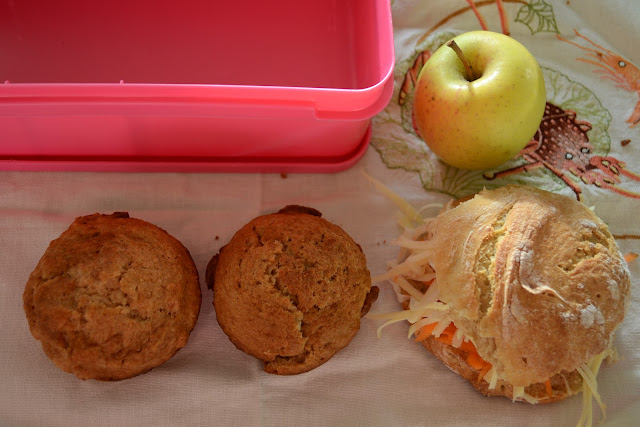 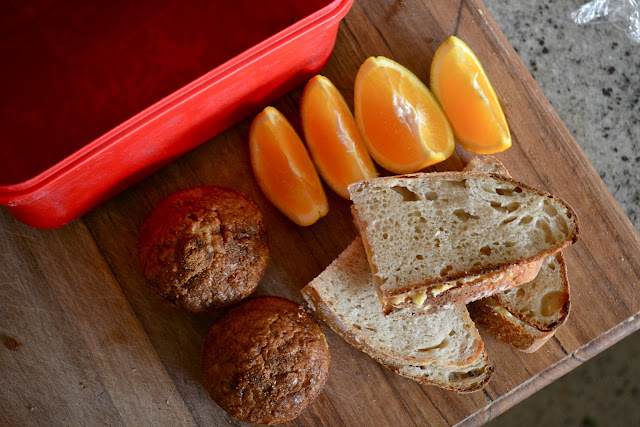 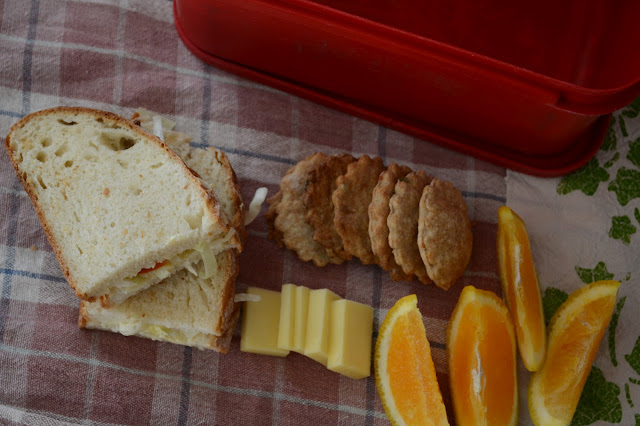 Being a small school there hasn't been an issue from their classmates with the kids eating slightly different food. Living some distance from town, there are quite a few other parents who bake from scratch, garden and make preserves. Not to mention the influence of the kitchen garden.