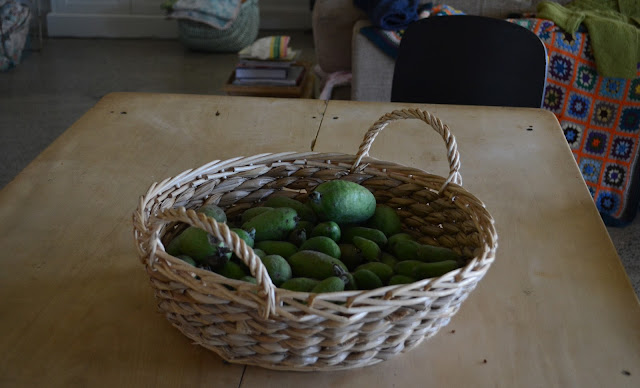 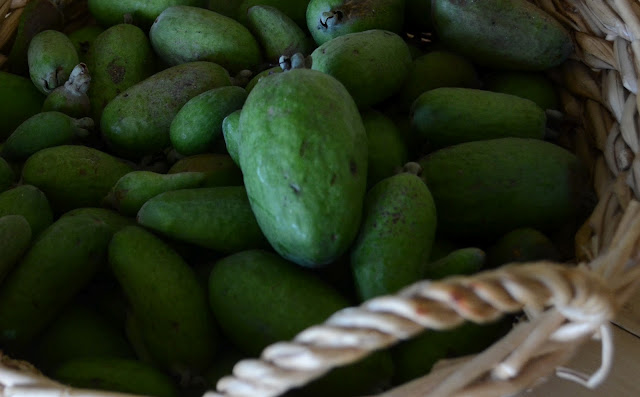 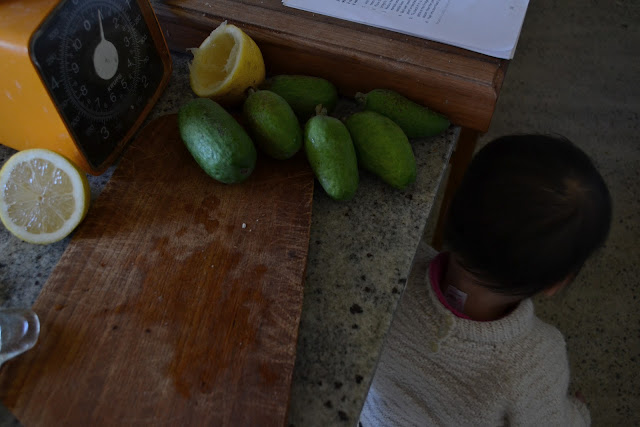 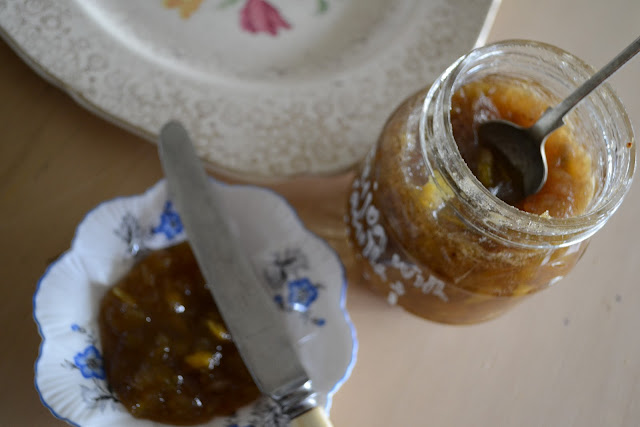 Feijoa time has rolled around again. Interestingly a whole month past this time last year I was gifted a bucket.

Funny to think that a little fruit I had never heard of before I lived here,  that I have made many batches of jam from, that we have eaten so many many jars of throughout the year, has become a late Autumn tradition of sorts in this house. Last Spring we planted our very own feijoa tree, but it will be many Autumns yet until we see a harvest.

If you have never tried this little green fruit then I can tell you that it looks a little like an avocado on the outside, with flesh not unlike the texture of custard apple, pleasantly fragrant and once cooked a taste and scent reminiscent of pineapple. A Jackie French article describes it as an "ugly sister" type of tree, whose real worth is it's ability to produce fruit even in the toughest season when nothing else is.

I used the same recipe as last time, though I added the marsala right at the end of cooking for a stronger flavour. To one batch I poured in a about a quarter cup of amaretto. A vanilla bean, or half of one to be more frugal, and a few generous dashes of alcohol brings any jam to a whole new level. You can't get further from supermarket jam than that.

I used assorted recycled glass jars from the cupboard, using the simple method I described here.

This batch may be the last of the preserves for the season. I feel both relief and satisfaction when I look at that full pantry shelf. I certainly won't be needing to buy any jam for the foreseeable future.

To think that I used to put jam making up in that unattainable, mystical art type category. But it's really not.


So have you tried this little fruit before?
Have you made any jam lately?
Do you have jam plans?
Posted by Tania at 9:41 AM