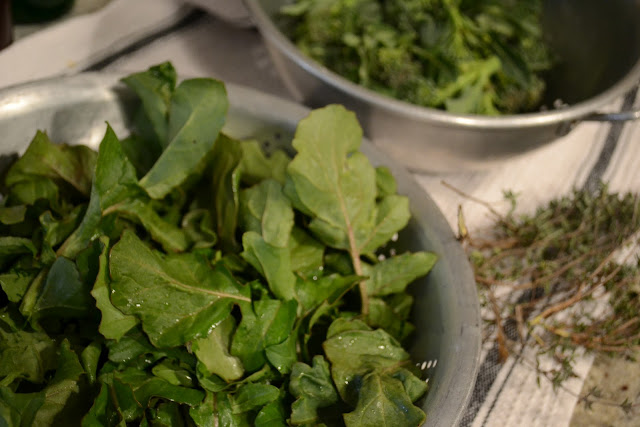 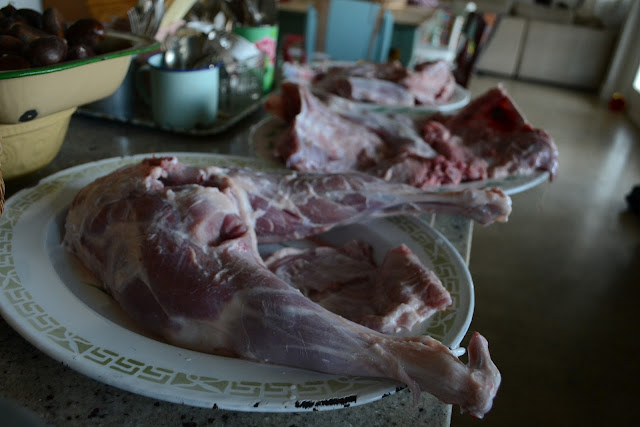 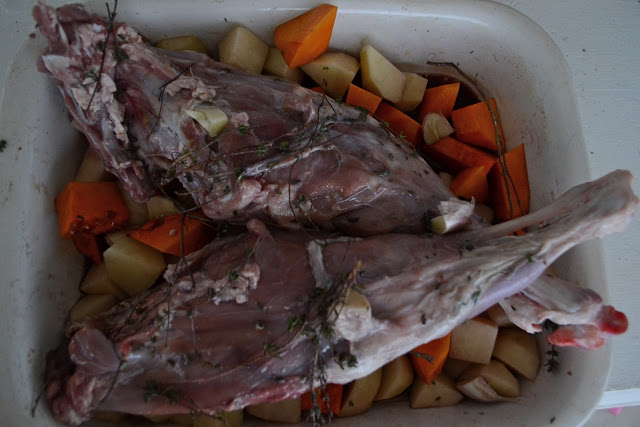 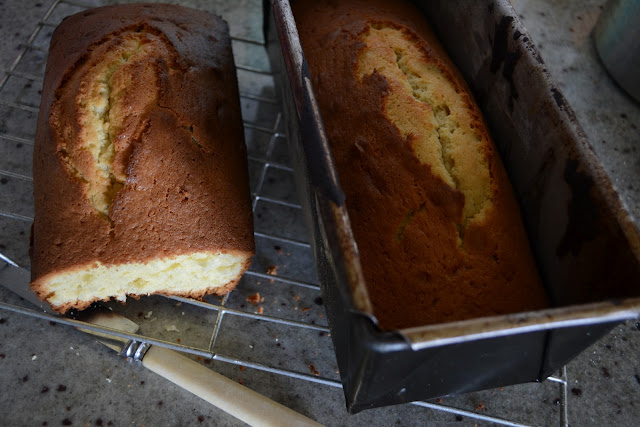 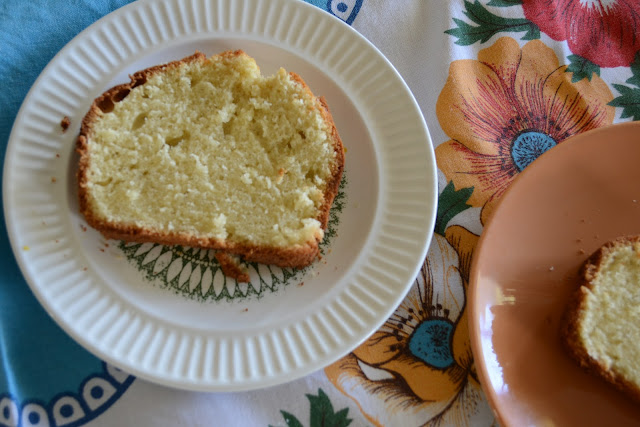 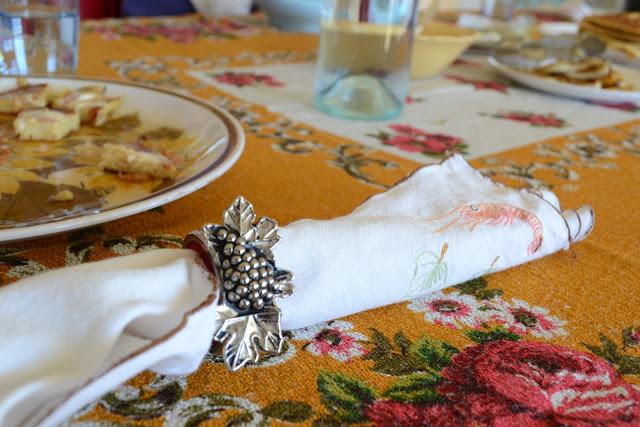 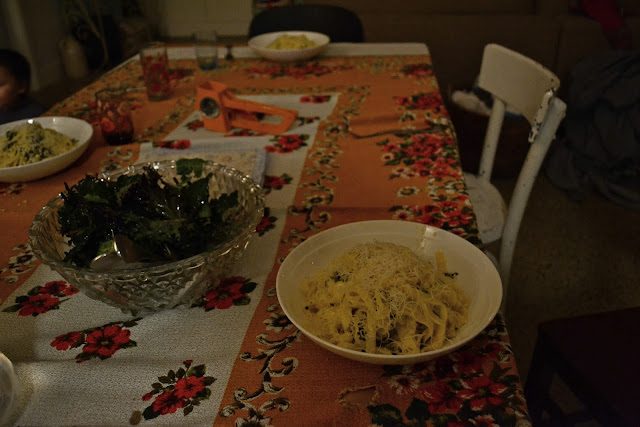 I cooked wild goat for the first time ever.  A goat that was brought home whole and I'd watched on as a friend sharpened his knives, lit a cigarette and calmly sliced the animal down the middle. The skin came off, the insides came out and the animal was butchered into large pieces. I'd never seen this process before, and while a little shocking and messy in it's way, I didn't find it the gruesome experience I had expected. It was something, that as an eater of meat, I think I should see. As I put away the meat into the freezer, and prepared a goat leg roast, I was appreciative of where that animal came from. That a life had been sacrificed for those meals and I really wouldn't want to waste any part of that. We don't really have the room to raise livestock here, but I feel that this is the next best thing to that.

The roast was a little tough, but still tasty, and in hindsight it may have benefited from some hanging time or longer slow roasting. The leftovers I cut up into tiny pieces and made Hugh's (of River Cottage) mother's Shepherd's pie. The meat came out crispy and tender. Probably the best shepherds pie I've ever tasted, and I doubt anyone could tell that it wasn't in fact an authentic shepherds pie.

Then there was pound cake, pancakes (the recipe on the back of the buttermilk carton, minus the blueberries) and some quick pastas using greens from the garden. It was one of those weekends that revolved around food and one meal almost ran into the next at times. The cold windy weather ensured that most time was spent indoors by the fire.