Daniel built me a vegie garden during Spring last year. At the time I was heavily pregnant, and I must have looked a sight  planting all those seeds and seedlings.  I strugggled to do it, but I was determined. Where we live, there are no nearby farmers markets, no decent fruit shops and so we only have the choice between the two major supermarkets. I value organic food for the family, but I often hesitate to pay the prices they charge. Our little health food store supplies eggs and some vegies, so that is at least a help. I thought it was rather important that I start growing something.

I had success with my heirloom zucchini, beetroot, radishes, bush beans and silverbeet. I had early success with a few varieties of lettuce, but the hot weather in between all the rain caused them to bolt. I collected some seed from them the other day. My broccoli is only just now becoming productive, as initially it looked eaten to death, but I left it alone and it came back. My tomatoes were a bit infested with grubs at first, though that seems to be disappearing now, though they are very slow to ripen.

I need to do some preserving of the zucchini, beetroot and tomatoes. Something I've never attempted before.

And then, it will be clearing beds to make way for some winter crops. We are in a cold, frosty Winter climate with very occasional snow.

These shots were all taken at the beginning of Summer. Believe me, it doesn't look neat like this anymore! 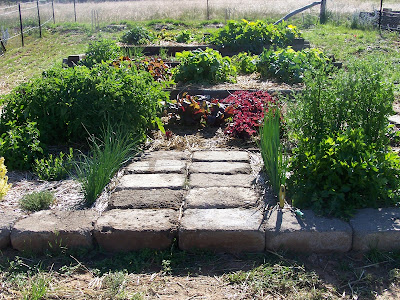 My herb garden is at the front. The chives, parsley, oregano, marjoram, rosemary, par-cel (which I mistakenly thought was celery when I purchased it) and tarragon all went very well. The coriander bolted quickly, much to Daniel's delight as he refuses to eat it. The basil is only just taking off now, so it's days are numbered. Not enough to make pesto out of this year, but great for adding to pasta sauce and pizza. 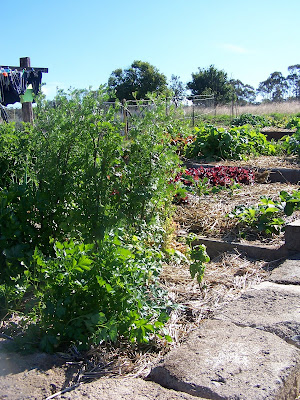 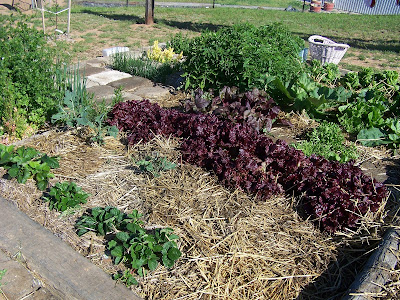 What are you planting for Winter?
Posted by Tania at 7:57 AM

Email ThisBlogThis!Share to TwitterShare to FacebookShare to Pinterest
Labels: gardening