My last batch of cushions certainly had a good run. Though the stuffing (cheap polyester filled ones that came with the lounge) had well and truly had it's day,  the cushions were getting a little old and tired. But I'm thinking of saving the covers for "one day" verandah chairs. That is if I can train the dog not to sit on them. Anyway, on the weekend I stayed up until two in the morning sewing a new batch of cushions. There is nothing like a silent house to get things done is there? Sometimes sewing is better than sleep. 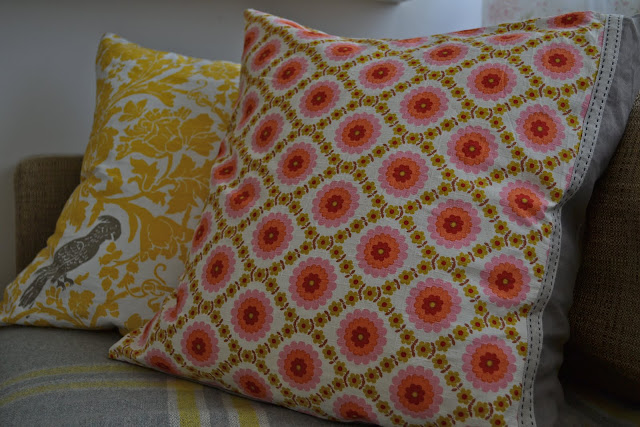 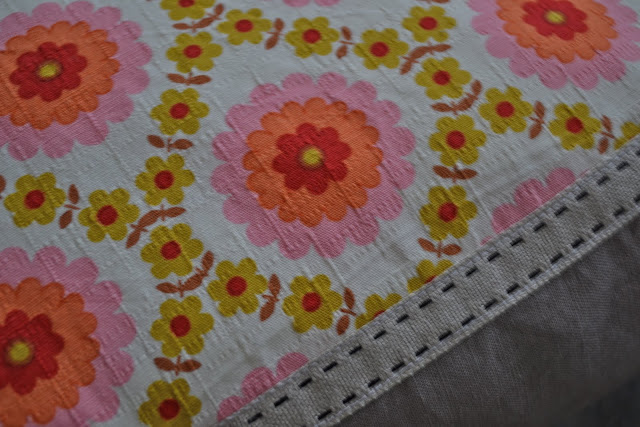 I didn't have quite enough fabric to cover the cushion so I joined it to a strip of the backing linen and added a ribbon that I had leftover from another project. 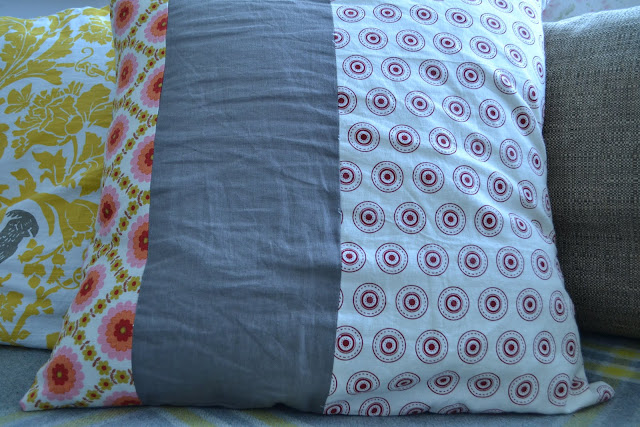 Cushion number three was sewn from a fat quarter from Yardage Girl, and mixed with linen and the Japanese print. 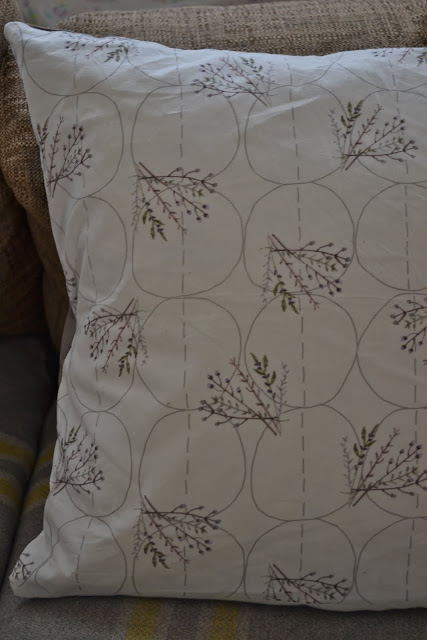 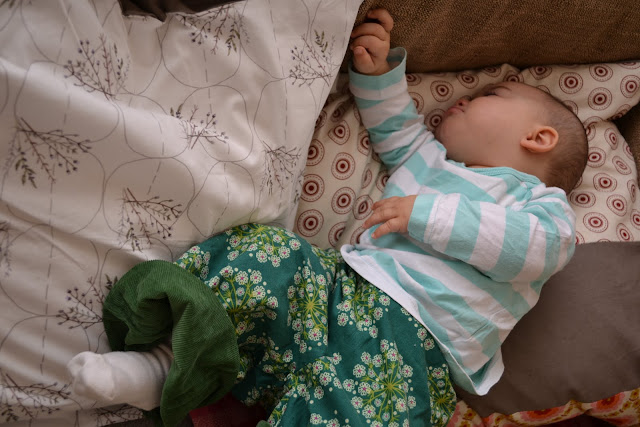 Our fourth cushion, smaller in size was sewn from a Tiny Happy print available in the Etsy store. 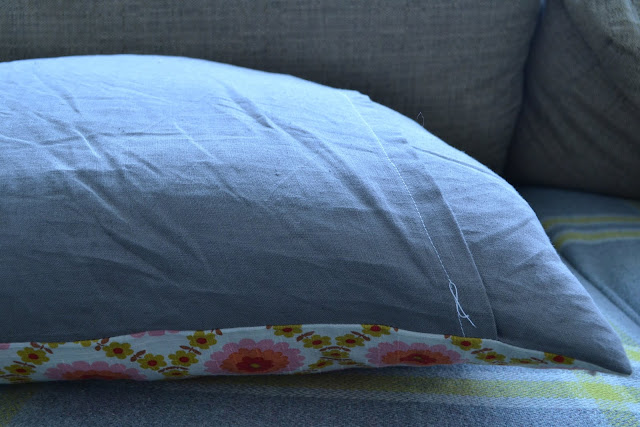 All the cushions were backed in a linen from Tessuti. I found it a little more economical to do it this way. They were finished with the overlapping envelope style. This is my favourite way to sew cushions, as they are neat, easy to remove and there is no fiddling with zippers. Oh, and I'm hoping you didn't see the loose thread. 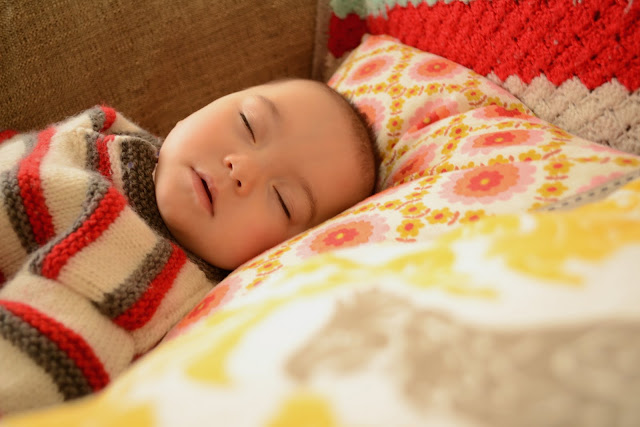 I bought my cushion inserts from here. The duck feathers just last so much longer than polyester. I had bought a small one previously and it is still in excellent condition almost two years later.

It is lovely to have a new scattering of cushions on the lounge and they add a bright  and cheerful touch to our neutral lounge. Sometimes a change is a very good thing.
Posted by Tania at 10:25 AM